Whew, I didn't intend to stay away from the blog for so long, there just hasn't been much to blog about. I took a break from working on the big rig and thus my life became sitting in the A/C in the new rig and wishing I were at higher elevations.

I've been going over to the big rig again lately as I've had the motivation and I think I now have everything out of it that I want to keep. It's looking pretty darned empty in there now. I've decided to put it into storage for the summer then come back when the weather is nice again to finish getting it ready and sold. I just can't be stuck here in this heat any longer. And now apparently it's bug season and I can't step outside the rig without immediately being covered in gnats and mosquitoes. It's a little crazy-making and I don't need that much of a push.

I've decided to remove the passenger seat in the new rig to make more floor space. Besides the couch, there's a chair right beside the entry door that I was originally thinking of removing but it turns out I sit there all the time, so passenger seat it is. If I ever do have a passenger with me, there will be other options for seating and I just don't see the sense in having all that unused space in such a small rig. I removed the seat earlier today and now just have the base to deal with.

Here's what the couch looks like after I've made a run over to the other rig. It's so messy the camera couldn't decide what to focus on.

Here's a better look at the passenger seat removal. 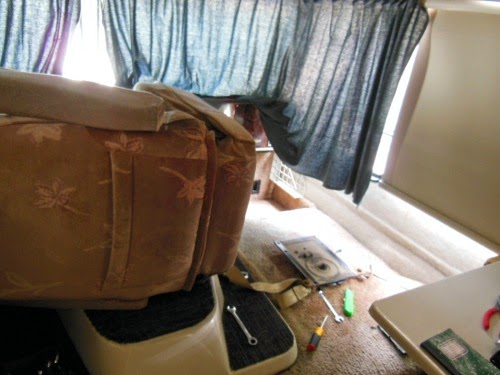 There are bolts to remove underneath the carpet. 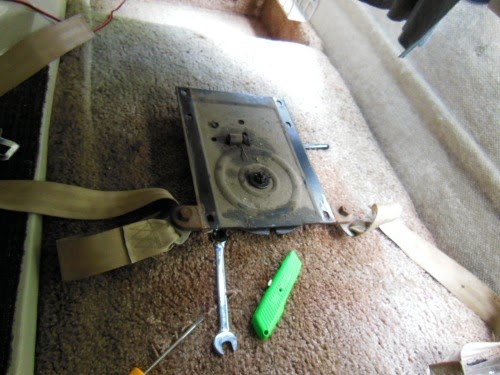 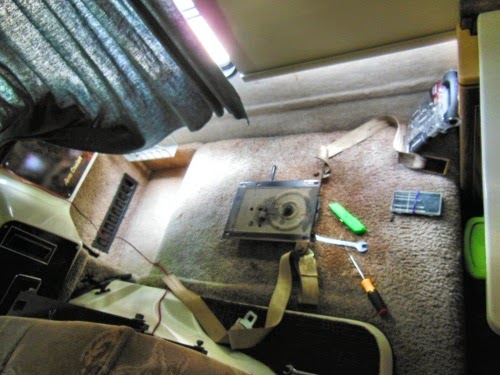 I'm sure poor Jake is bored half to death. Between the heat and the &%*$ bugs he hasn't been getting his usual exercise (and neither have I). He's taken to tearing apart the bed after I half-assed make it in the morning.

See what I mean? 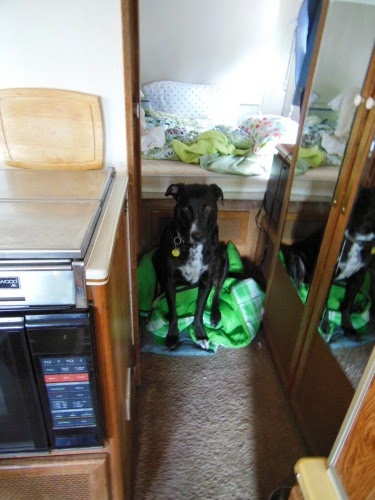