My sister arrived here on April 19th and we celebrated with (ahem) two bottles of wine. By midnight, my Check Liver light was illuminated and it was time to call it a night. Hangovers are fun! It's been just over three weeks since and neither one of us is much interested in more wine yet.


The hunt is on for a rig of her own. We looked at an old Suncrest RV that was in beautiful shape and drove like a dream but the guy handling the sale wouldn't budge on price and it was about $1k over her comfort limit so we moved on. Since then, she looked at and really liked a Fleetwood travel trailer that an older man had been living in before he became too frail and was moved to assisted living. She's made an offer and now we wait and think good thoughts that it will soon be hers. She's eager to begin nesting in her own place and I'm eager to have my home all to myself again. It's a really good thing we get along so well, even in such cramped quarters.

A super cool storm system moved through a few days ago. Here, let me show you! 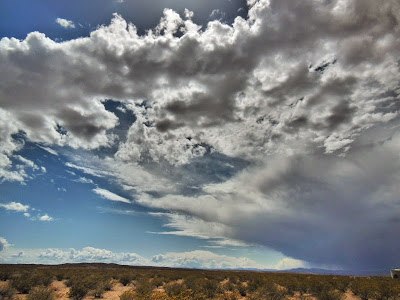 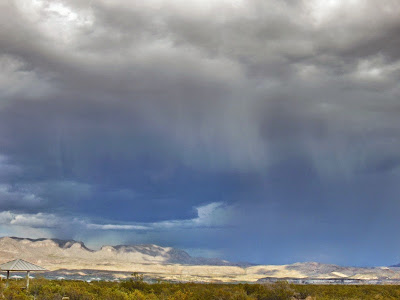 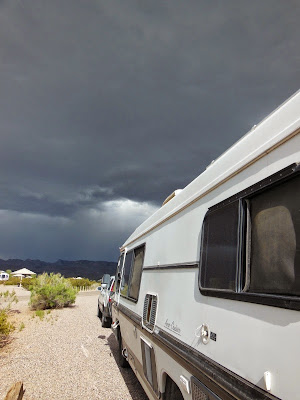 Now that Ellen is no longer with us, Tucker is not as averse to playing with Jake. Beggars, choosers and all that. Tucker has been hiding in the bushes waiting for an unsuspecting Jake to trot by then leaps out at him. And hilarity ensues. 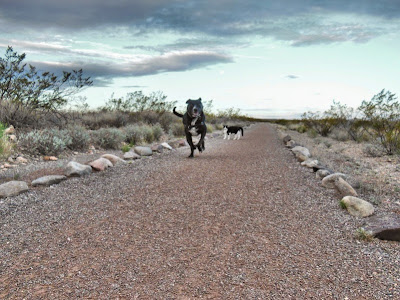 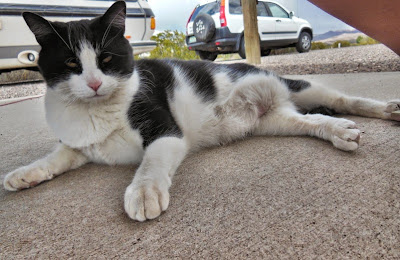 Tomorrow is my birthday and we're gonna hit up Denny's for my free Grand Slam breakfast and then Connie is going to cook dinner for me tomorrow night. I don't think we'll have wine, though.
Posted by Annie at Tuesday, May 12, 2015